Bangalore, now known as Bengaluru is known as the IT hub of India. This city is also called the air-conditioned city of India because of the pleasant weather conditions all year around and the clean a ...

Bangalore, now known as Bengaluru is known as the IT hub of India. This city is also called the air-conditioned city of India because of the pleasant weather conditions all year around and the clean air. Bangalore is the capital of the state of Karnataka and is one of the most booming metropolitan cities

in the country. This amazing city is known for its hustling nightlife which is one of the major reasons why most tourists are attracted to it. If youre a nature lover and youre in Bangalore then visiting the Bannerghatta national park is worth every minute spent there. If you are keen on a reliable, flexible cab booking option,a cab booked at Meru Outstation for Bangalore to Mysore can be convenient and hassle free than going by bus or train. You can also take a tour of the Cubbon park by hirin

visiting the Bannerghatta national park is worth every minute spent there. If you are keen on a reliable, flexible cab booking option,a cab booked at Meru Outstation for Bangalore to Mysore can be convenient and hassle free than going by bus or train. You can also take a tour of the Cubbon park by hiring a Meru cab,which is a treat to the eyes. When in Bangalore, you can also consider visiting Mysore which is a 3 and a half hour journey by road. While there are other ways to get to Mysore from Bangalore, its most convenient to rent one of the outstation cabs you can find around. Meru car rental offers best outstation cab booking service in Mysore with affordable rates, clean cars and well experienced drivers. Economy bookings car rental prices for your next vacation 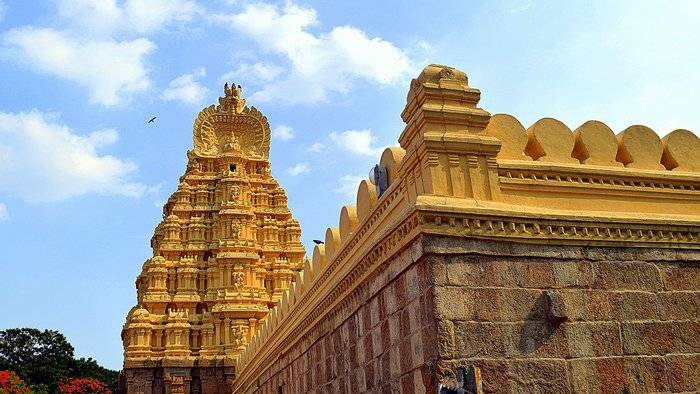 Srirangapatna is a town of Mandya district in the Indian State of Karnataka.Book a Bengaluru-Ooty Meru Cab and reach there which is just 15 km away from Bengaluru.The town is famous for a very ancient temple dedicated to Sri Ranganathaswamy, a form of Lord Vishnu The renowned Nimishambha Temple is about 2 km from the town. Srirangapatna also hosts the summer palace of Tipu Sultan and his mausoleum. Explore this beautiful city of temples all with Bengaluru Meru Cab. 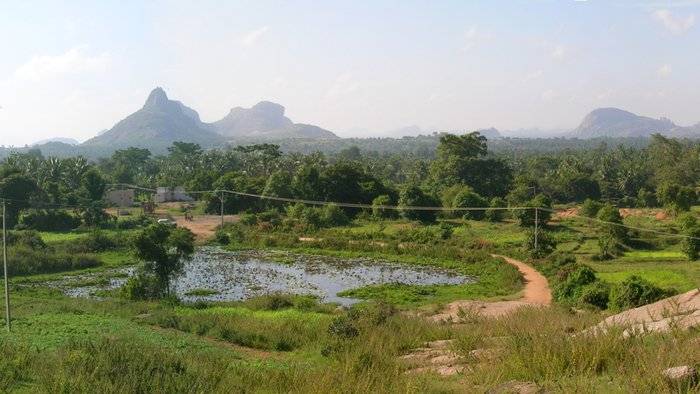 Hill station in Sugganahalli, India.It is 747m high and more famously reffered to as Sholey Gudda.Ramanagra is considered as one of the closest trekking and adventurr distination near Bangalore and is the perfect weekend getaway plan located around 50 kms from Bangalore on the Bangalore-Mysore route.Best and most convinient way is to hire a Meru taxi and get to this marvellous and wonderful place.

Mysore is a mystical city in Karnataka which is known for its perfect blend of Gothic and Rajput styles that flows in with the Hindu, Islamic traditions. Meru online cab booking offers to book Bangalo ...

Outstation online, you will have to mention your pick up and drop location in advance. Mysore is a one-way destination to visit when in Bangalore and you can choose to rent a one-way cab to get here in no time. When in Mysore you can head to the beautiful Mysore Palace that was built in 1912. .Mysore Palace is now one of the most famous tourist attractions in India, after the Taj Mahal, with more than 6 million annual visitors. It is a three-story stone structure with marble domes, and has a 145-

in no time. When in Mysore you can head to the beautiful Mysore Palace that was built in 1912. .Mysore Palace is now one of the most famous tourist attractions in India, after the Taj Mahal, with more than 6 million annual visitors. It is a three-story stone structure with marble domes, and has a 145-foot five-story tower. The palace is surrounded by a large garden.This palace is one site worth seeing. You can also head to the Mysore zoo to check out some rather exotic animals here. There are also a few temples such as the Chamundeshwari temple that you can visit when in Mysore. These places are far away from each other and its best to rent a cab to get there comfortably. Meru Taxis is Indias Largest outstation taxi booking service for one way and round trips and we have a wide range of cabs like Sedan,Suv etc. to choose from.Book a Bangalore airport to Mysore taxi and enjoy a hassle-free journey with Merus on-time service. Bangalore airport to Mysore taxi fares is convenient and affordable for outstation rides Channapatna toys are a particular form of wooden toys that are manufactured in the town of Channapatna in the Ramanagara district of Karnataka state, India.The city is famous for its wooden toys and lacquerware.Channapatna toys was established in the year 1999, with an Aim to Spread the Incredible beauty of the Toys of Channapatna, bringing the classic art to life and a humble contribution towards keeping our tradition alive and passing our culture to the next generation. Channapatna is also called Town of toys (Gombegala nagara). These toys are manufactured in traditional and advanced small-scale industries. This traditional craft is protected as a geographical indication under the World Trade Organization, administered by the Government of Karnataka. 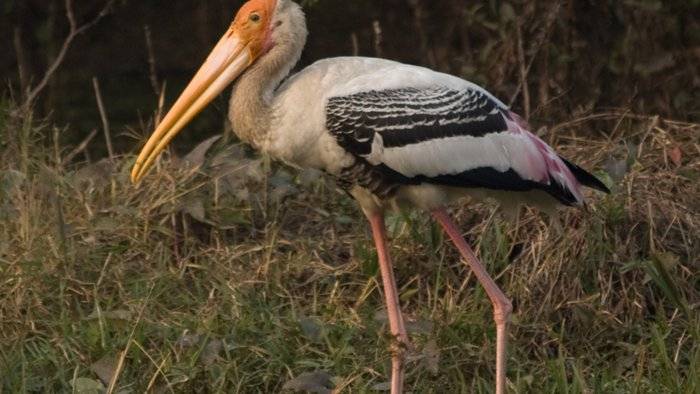 Bird watching area in K.Bellur, India at a distance of 71 Kms from Mysore, 85 Kms from Bangalore City and can be reached easily by Meru Cab. Kokkare Bellur Bird Sanctuary is located in Mandya District of Karnataka and is about 20 km from Mandya. The name of the village is derived from Kokkare meaning stork and Bellur meaning village of jaggery. This is one of the popular tourist places near Bangalore & Mysore.The Mandya district is famous for sugarcane fields and this village is famous for having large colonies of Painted Storks and Spot-billed Pelicans nesting in trees within the village. It is home to cranes, painted storks and pelicans.It is the best place for photographers who are passionate about birds photography. Painted Stork, Spot-billed pelican, Little Cormorant, Ibis, Parakeets, Bee-eaters, King Fisher, Indian Roller are the most common birds one can come across. 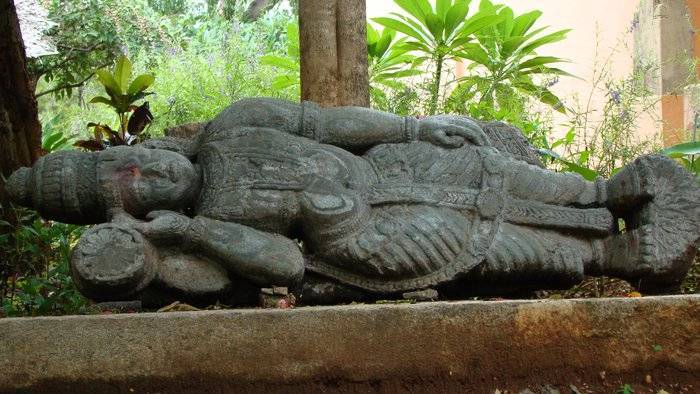 Janapada Loka or Folk world or Folk-culture World is a folk museum that has an exclusive display of the village folk arts of Karnataka.It is loacted in Bangalore Mysore Highway, State Highway 17, Ramanagar District, Doddamannugudde Forest, Karnataka which is well connected by Bangalore to Mysore Meru Cab services. It is under the aegis of the Karnataka Janapada Parishat. Loka Mahal, a wing in the museum has a display of 5,000 folk artifacts.It takes you back in time and lets you cherish rural India. Food is good and performances are amazing. Built in a spacious land, one can spend the entire day to see every item and understand it. Choose from a wide range of clean and well maintained Meru taxi to reach there with all your comforts. 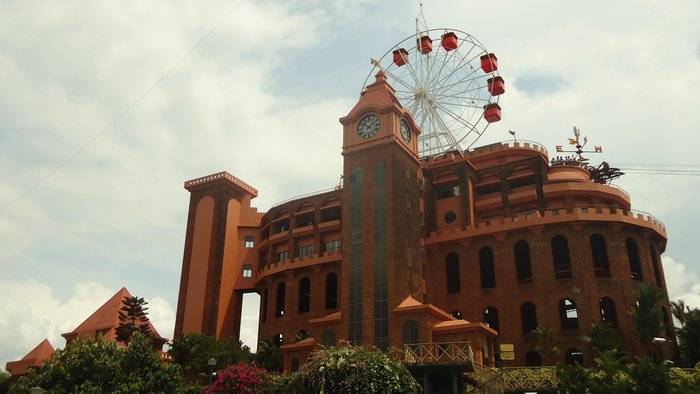 The loudest, craziest, and the most amazing part of town. This simply is not just any amusement park in Bengaluru, but a world of breath-taking charm. Its a place to celebrate the smaller moments and share big wonders. Get on one of the 60+ exhilarating rides, or simply laze by the pool under the bright sun. But whatever you do, here, everybody gets to enjoy a wonderful time together by the end of the day.Hop on a Meru cab and get a nerve-wrecking experience in this amazing theme park. 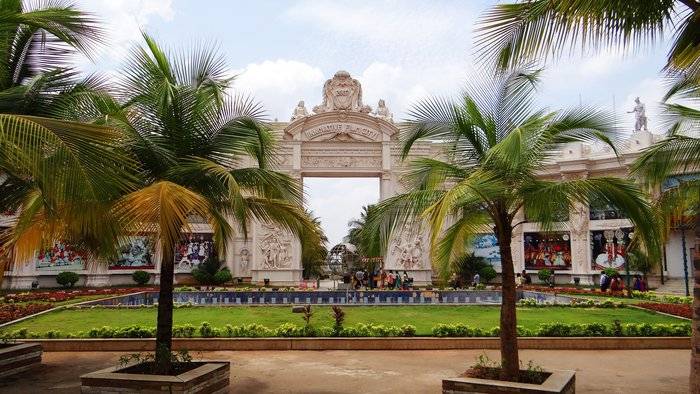 The Innovative Film City in Bengaluru is an Indian theme park located at Bidadi, just 40 kilometres away on the outskirts of the city, on the way to Mysore.The innovative film city is an adventure that youll remember all your life. It is one of its kind Indian theme park that is replete with a myriad of fun activities for every age-group. The Cartoon park in Innovative Film City will make your tiny balls of sunshine come alive with excitement.Whether you want to go-kart with your buddies, spend quality time with your family or have a classy corporate get-together, Innovative Film city is the best place which is easily accessible with Meru.

Mandya is a town in the Indian state of Karnataka. It is the headquarter of Mandya district and is located 45 kilometres (28 mi) from Mysore and 100 kilometres (62 mi) from Bangalore. Sugar factories contribute to the major economic output. It is also called Sakkare Nadu (which in Kannada means city of sugar) because sugarcane is a major crop.36 Kms North from Mandya is Melkote, a sacred pilgrim centre, known for its Vairamudi festival and is known for its Handlooms. Also visit the Brahmaeshvara temple by booking a Meru cab at an affordable price range.