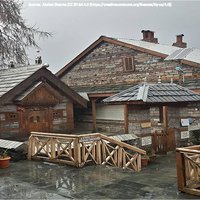 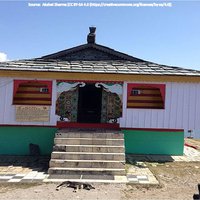 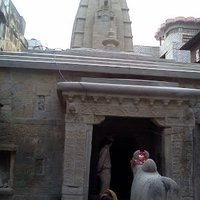 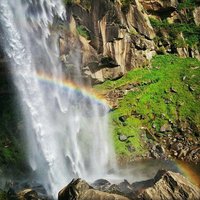 Manali is a quaint hill-station city located in Himachal Pradesh and is favored by nature lovers and adventure enthusiasts. Taking a Manali to Chandigarh cab during the best time to visit Manali (between March and June) will let you explore this idyllic hill station at its very best. Drive through Rohtang Pass that connects the city to Spiti and Lahaul – two stunning cold-deserts of India. You can choose from a wide range of cabs in Manali and visit Solang Valley. There is also a wide range of adventure activities here like paragliding, skiing, and skydiving. Choosing a Manali to Chandigarh taxi is your best bet to explore the hilly heaven of northern India. You can enjoy trekking around Beas Kund or visit the Hadimba Temple for a spiritual experience. Take a refreshing dip in the hot springs of Vashist to feel nature's warmth amid the chilly mountains of Manali.
Previous Next

Places to see on route

The Naggar Castle is a marvelous ancient architectural beauty located in Kullu, Himachal Pradesh. Built in 1460 by Raja Sidh Singh, it hosts a beautiful museum that recites tales of the past. You can easily visit the castle by traveling from Manali to Chandigarh by car.
Previous Next

At an impressive altitude of 2460m, the Bijli Mahadev temple is a sacred ancient temple that’s visited by Hindu pilgrims. Its tall shikhara frequently attracts lightning and is believed to be holy by the local priests. You can witness the beautiful Kullu and Parvati valleys resting right below the hill. Book a Meru to avail low Manali to Chandigarh taxi fare and explore the temple’s spellbinding history.
Previous Next

Raja Ajmer Sen constructed the Baba Bhootnath Mandir in 1527. This temple is dedicated to Lord Shiva and hosts Mahashivratri, a lavish festival every year. Its walls have beautiful stone carvings, a shikhara and many stone pillars supporting its roofs. It is one of the best places to visit between Manali to Chandigarh distance.
Previous Next

The Jogini Falls is a stunning waterfall at 7.5km from Manali. The crystal clear water cuts massive rocks from a high altitude - an enchanting view you’d dare not miss.

Places to see in Chandigarh – The Punjabi Wonder

The Rock Garden of Chandigarh is imagination realized. It is an open-air exhibition demonstrating gorgeous sculptures constructed out of industrial and urban waste materials. It sprawls over a massive 40 acres, and hosts colored terracotta pots, figurines, broken toilet pots, and lights.
Previous Next

The Sector 17 market is the most popular shopping area in Chandigarh. It hosts several international brands, local shops and big eateries frequented by locals and tourists all day long. You can book a Chandigarh cab to explore the Sector 17 Market and other attractions of the city.
Previous Next

Leisure Valley is a collection of lush gardens along an 8 km long road. Each of these gardens hosts a stunning variety of local trees, shrubs, and beautifully designed sculptures. You can easily avail Manali to Chandigarh cabs to visit this breathtaking valley and spend some time amidst nature.
Previous Next

Located right in the lap of the Shivaliks, the Sukhna Lake is a perfect sightseeing destination. Its pristine outlook and surrounding hills lend it a peaceful vibe. Here, you can take a walk, camp, or have a quiet picnic. You can also watch migratory birds like Siberian cranes seasonally. Meru also offers luxury car rental in Chandigarh, so book your Manali to Chandigarh cab today, and fall right into the arms of Mother Nature.
Previous Next

The fitness trails are is a park housing stunning hiking trails that mesmerize visitors. On both sides of the trails are colorful flowering plants, towering trees, and green mosses. For a relaxing jog, these trails are perfect.
Previous Next

True to its name, the garden of silence is a meditative space dedicated to Lord Buddha. Its tranquil vibe and beautiful surrounding will calm you down and leave you refreshed. Plan a visit here for a relaxing evening of finding yourself.

How the roadmap by cab would look like between Manali to Chandigarh?

We have three routes from Manali to Chandigarh. The best route is via national highway 3, which is the fastest. The distance between the places by this route is 343 kms. You should reach your destination in 9 hours.

What is the best time to visit?

The best season to visit Chandigarh is autumn, i.e., from mid-August to November, when the weather is neither very warm nor cold. It is a pleasant and favorable for a city tour. Winters, i.e. November to February are extreme in Chandigarh as thick fog settles in the air, and the temperature goes down to sub-zero level. However, it is also season for the much awaited Chandigarh carnival held every year in the month of Novemeber. Another festival in the winter season is the Festival of Gardens held in February. This festival is ac three-day event which is filled with various dances, music and various other activities that highlight the cities culture. During the summers i.e.,from mid-March to June months, the heat is scorching as the temperature rises above the 40 degree C. Monsoon showers do bring some relief in the month of July, bringing down the temperatures though the humidity levels remain high.

Alternate routes to Manali from Chandigarh

There are two alternative routes. One route is via NH3 and NH 154. This route is about 290 kms but due to roadblocks,, often takes more time. The third route is via NH3 and Una - Jahu - Nerchowk Rd. This is the longest route of the three. It is about 360 kms and takes 10 hours to cover the distance.

What is the road condition like between Manali to Chandigarh?

The roads like any other mountain terrain are steep and full of curves. However, with professional cab services there is nothing to worry about. Book a cab and enjoy your road trip.